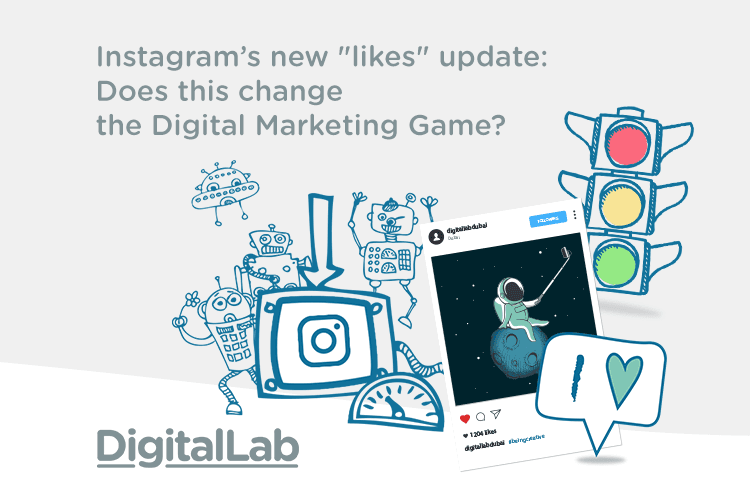 In the world of double taps, Instagram posts have become more about who hits the like button than who actually likes the post. To overcome this, Instagram has decided to launch a new feature where users won’t be able to view the number of likes received by the user, but simply focus on the quality of the content posted.

Hold on, let’s take you through the process!

Recently, Instagram kickstarted a test where the likes of others would no longer show on the post. However, the user itself would still be able to see the number of likes and the people who have liked the post themselves.

The feature initially just rolled out in Canada, followed by 6 other countries, namely –

Here is an illustration of how the update looks on instagram; In replacment to the number of likes, instagram will simply show ‘others’ below every post.

This new design has been a topic of debate, to understand if the feature would be a boon or a bane to the Instagram community. Where some of them are completely against the feature, as most of the businesses rate the success of a post based on the number of likes; Some others are really exhilarated with the feature as this brings the spotlight on the content directly, without having to worry too much about how many likes the post has, to categorize it as a good post or not.

At Digital Lab, we believe the update will open up a new perspective of businesses promoting on Instagram. The update could bring about a positive impact on the quality of content shared by brands, which could be more engaging, consumer-centric and informative.

Users took to Twitter as a platform to exclaim their opinions on the feature, and here are some of them –

I, for one #Love the idea. This is great for people’s mental health especially kids. Pictures should not be a competition ❤️ #Havealovelyday #instagramlikes pic.twitter.com/XZRlvLrCPv

Likes have officially dropped off my Instagram and I really love it. I already feel like I’m not looking for how many people have engaged and I just pay attention to what’s written and been posted. #InstagramLikes

8,943 thoughts on “Instagram’s new “likes” update: Does this change the Digital Marketing game?”